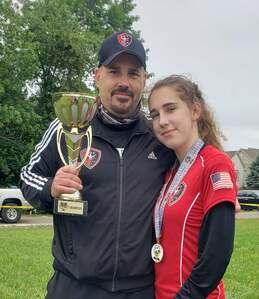 ​
TNT ELITE FC 8 YEARS
MY MISSION IS TO TAKE RECREATION PLAYERS TO THE TRAVEL SOCCER LEVEL. WE DO NOT CUT PLAYERS AS IT IS MY BELIEF IF A CHILD HAS A PASSION FOR THE GAME IT IS OUR JOB AS COACHES TO TEACH THEM THE GAME REGARDLESS OF THE SKILL LEVEL. EVERY PLAYER WILL BE ASSIGNED TO A COACH AND A TEAM BASED ON THERE AGE. WE HAVE DEVELOPED OVER 11 TEAMS BOYS AND GIRLS FROM AGES 4-18. WE CONTINUE TO DEVELOP STRONG TEAMS AND COMPETE IN TOURNAMENTS AND LEAGUE PLAY.  WE HAVE TRAVEL LEVEL PLAYERS TO DEVELOPING PLAYERS. WE HAVE A HOME FOR EVERY SKILL LEVEL. 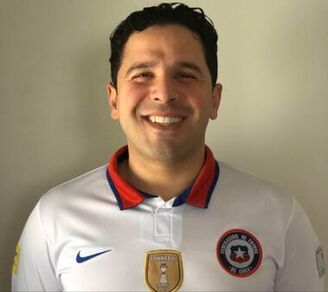 COACH DONNEL LEIVA
​DIRECTOR OF YOUTH DEVELOPMENT ​
CURRENT COACH OF:
U10 TNT BOYS 2013
​U11 TNT BOYS 2012
HAS DECIDED TO OPEN UP HIS NEXT CHAPTER IN YOUTH DEVELOPMENT WITH TNT ELITE’S U10/11 PROGRAM. DONNEL HAS BEEN COACHING FOR 20 YEARS, FROM U6 ALL THE WAY THROUGH TO COLLEGE SHOWCASES. HE’S COACHED SUMMERS FOR BUCKHORN SOCCER, COACHED U8-U10 IN NEWFOUNDLAND YOUTH LEAGUE AND COACHED TRAVEL U18 UNDER BLACK DIAMOND & FC POCONO. HIS LONGEST STINTS WERE AS A YOUTH DEVELOPMENT COACH FOR AGES 4-12 WITH EASTERN PIKE YOUTH SOCCER AND 10 SEASONS WITH DELAWARE VALLEY’S VARSITY GIRLS. HE HOLDS A USSF NATION “D” LICENSE AND REFFED TRAVEL LEVEL FOR 10 YEARS. AS A PLAYER HE WAS PART OF WALLENPAUPACK HS’S AAA SEMIFINAL RUN 1999, 1X SECOND TEAM ALL-STAR, 2X 1ST TEAM ALL-STAR, 1X PLAYER OF THE WEEK AND 2X ALL-REGIONAL TEAM. IN COLLEGE, HE STARTED FOR MARYWOOD UNIVERSITY GAINING ALL-ACADEMIC HONORS. AFTER COLLEGE HE CONTINUED TO PLAY FOR VARIOUS TEAMS AND STILL PLAYS LOCALLY.

coach mike sotak
​​u9 coed cOACH
Mike Sotak has a long soccer history in the NEPA area, having coached and trained players of all ages since 2005. Mike holds coaching diplomas and certificates including NSCAA, Regional Diplomas, and Goalkeeping Diplomas. As a coach, Mike has the experience of forming travel teams and building them into highly recognized and distinguished teams. Some of Mike’s accomplishments with his teams include winners of Hershey Invitational, Hempfield Fall Classic, Lehigh Valley Youth Soccer League (5 times), Eastern Pennsylvania Turkey Hill Challenge Cup, EPYSA Indoor Cup, and Lou Ramos Classic. Mike’s proudest achievements have been the recognition of his players in the form of 4 All-State PSAC honorees, 1 Eastern Regional honoree from NSCAA, multiple “Times Tribune All Regional Teams” players, and helping his player reach their goals of becoming collegiate players.
​
Mike grew up playing with Abington United and attended Bishop O’Hara, helping them to 2 division championships while serving as captain. Mike played collegiately for the University of Scranton Royals from 2003-2005.
​ 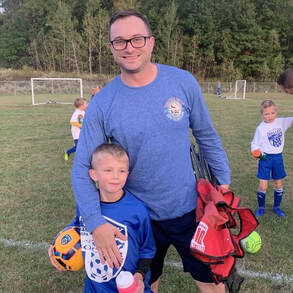 GRADUATE OF WESTERN WAYNE HIGH SCHOOL IN 2007. BRAD HAD 75 GOALS AND

35 ASSIST IN JUST HIS JUNIOR AND SENIOR YEAR. CONTINUED HIS SOCCER

CAREER AT LEBANON VALLEY COLLEGE. COACHED ALL LEVELS OF SOCCER FROM 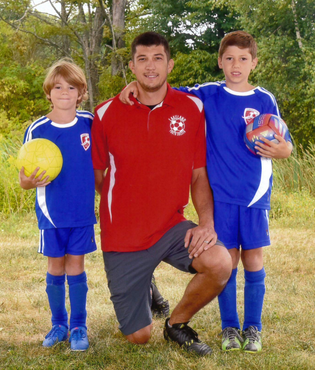 ​Andy Kingery Soccer
u8 coed coach
Andy has been goalkeeping for about 30 years and has received a myriad of international and local
training. While a HS player he was 1x second team All Conference player, 3x first team All Conference
player, 1x All Conference MVP, 1x Regional player of the year and 1x PA All State player with a save
percentage rate of .97 for two straight years while a junior and senior in 2004/05. His collegiate
experience includes 1 year at Penn State University Park Div1 where he walked on and was redshirted as
a freshman. Throughout his time as a HS/Collegiate goalkeeper he’s had the opportunity to play behind
and train with many All American and international players. He still plays locally. Although relatively
new to the coaching side of the sport, He’s had short stints of personal keeper training, refereeing and
currently coaches Lakeland U8 soccer. Seeing his two boys and his team players develop good
fundamental soccer skills all the while smiling at practice has become extremely rewarding.

TONY IS A VALLEY VIEW GRADUATE AND CURRENTLY HAS 2 YEARS EXPERIENCE WITH SOCCER SHOTS. HE HAS A GREAT SESSION PLAN FOR THE KIDS TO NOT ONLY HAVE FUN BUT WALK AWAY WITH SOCCER SKILLS.